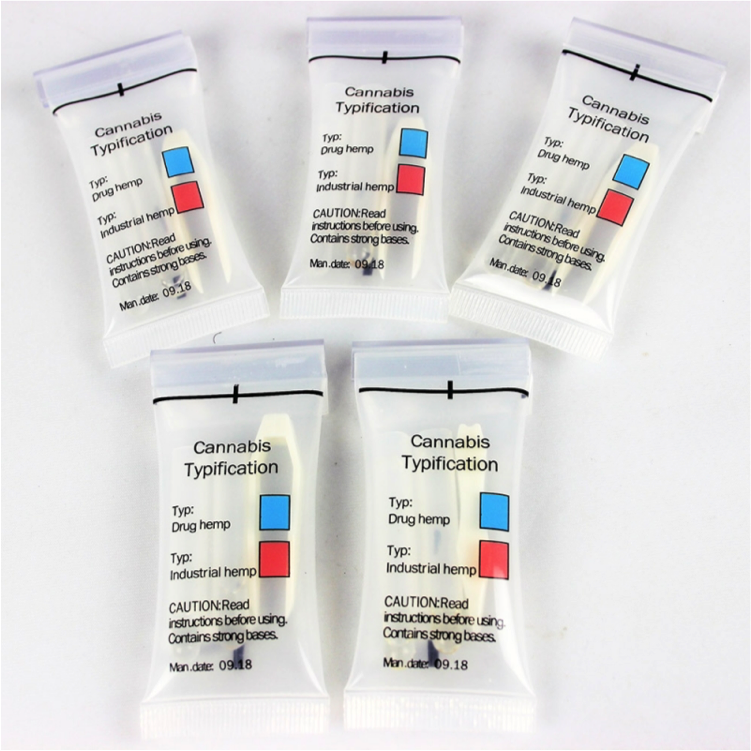 Since the passing of the 2018 Farm Bill — which legalized the growth, production, and distribution of industrial hemp products containing less than 0.3% THC — CBD products and the raw flower itself have become widespread across the nation. But, with these products now ubiquitous, it was inevitable that officers across the country would experience difficulty differentiating between newly legal hemp and its close, illicit relative, marijuana. Generally, cops don’t have the ideal technology on their person to properly differentiate between the two and to successfully and smoothly confiscate illegal marijuana. But, thanks to technological advancements, this won’t seem to be an issue in the near future.

U.S. law enforcement will soon have a new tool at their fingertips when carrying out cannabis arrests and distinguishing between marijuana and hemp. This test will combat the limitations of the commonly used drug field tests by American police, called Duquenois-Levine reagent tests, which could only tell whether the questionable substance contained the psychoactive cannabinoid THC by turning into a distinct purple color. 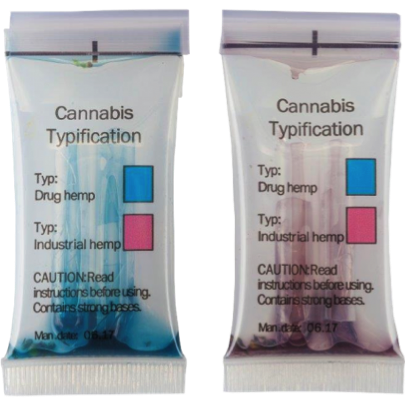 The test, called 4-AP, uses a color-changing liquid solution to determine whether a plant sample contains large quantities of either CBD or THC, turning blue if the material is high in THC and pink if the sample is high in CBD.
Although similar in functionality and appearance to former tests used in the U.S., this test was designed and implemented in Switzerland after the legalization of cannabis with 1% THC or less back in 2011.

The 4-AP test does not have the capability of measuring or confirming specific cannabinoid percentages but will instead give officers a general indication of whether the questionable flower is likely THC-rich weed or hemp-derived CBD. But in a case where a CBD-dominant flower contains amounts of THC that exceed the legal limit, descriptions of the field test indicate that those samples would still likely pass as hemp.

More information can be found here and at the above links.