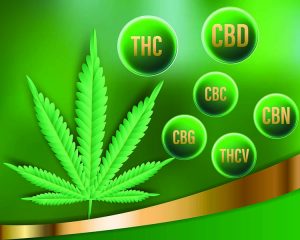 “Profiling those hemp cannabinoids is vital for your success in achieving your smoking experience as well as addressing health challenges. “ 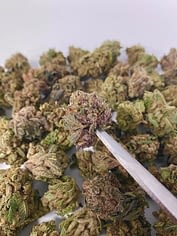 Introducing our newest strain Bubba Kush 59 Indoor Hemp Flower.  These dense, aromatic buds are light green in color with purple accents and drenched in sparkling trichomes! The nose is a mix of old growth Redwood, dank peat moss, white pepper, acacia and a variety of botanicals.  It boasts all the classic flavors of Bubba Kush with an essence of sweetness hinting towards guava curd and cherry cola on the finish.  Super white ash, no PGR, smokes clean!  Provides an upbeat Indica vibe as well as pain and anxiety relief.  This stuff is mother-trucking good!

When smoking or vaping hemp flower, you are probably doing it for more than the act of smoking. You are dosing in this method for the aroma and flavor that the hemp flower nug provides. It is for this reason that it is important to do your due diligence to profile the hemp flower strains.  They are all different and they all have unique savors and health benefits. Don’t forget cannabinoids and terpenes alike provide health benefits for a wide range of health challenges.  So, let’s start profiling!

Well-nigh everyone knows about or has heard about CBD whether you are in the hemp community or not. It is without doubt found in the highest percentage of content and it is in every hemp flower. But there are other cannabinoids which are breaking the glass ceiling like CBG, CBN and CBC.

In order to extract CBG, the hemp farmer has to harvest the hemp flower early before the Mother Cannabinoid splits into other cannabinoids. It has almost as many health benefits as CBD in reducing pain and inflammation, alleviating anxiety and a mood stabilizer along with acting as an anti-bacterial agent.

CBN is more frequently found in aged hemp flowers but still is making its mark for being a significant sleep aid. Even though it is found only in trace percentages, it is now in an extracted oil form.

By now most active in the hemp community have heard about the advent of Delta 8 THC.  It is another Delta and it is another THC but it is very different that its sibling, Delta 9 THC.  Delta 9 THC is the main cannabinoid in marijuana. It is intoxicating, addictive and creates psycho-active behaviors.

Delta 8 THC may be a sibling but because of its placement in the chemical structure it does not have any psycho-active behaviors nor is it addictive or intoxicating. Some refer to a type of “high” they receive but still leaves the user able to function at work and in life in general.  Better described is that it energizes, gives better focus and turns an unproductive sluggish day into a day of action.

Delta 8 THC is a trace cannabinoid so in and of itself in the hemp flower it is insignificant for effects. However, have you heard of Delta 8 Flowers? A Delta 8 flower is sprayed with a Delta 8 concentrate to give the users a way to realize benefits from this useful cannabinoid. Most cannabinoids interact with the CB2 receptors that make up the Endocannabinoid System (ECS) But this one interacts with the CB1 receptors which are generally located in the brain and in the nervous system.

There are two dominant natural compounds in the hemp flower, and they are cannabinoids and terpenes. There are also two different types of hemp flower – Sativa and Indica. But there is one other consideration which is a Hybrid. The Hybrid hemp flowers may make up the largest block of them and they vary in percentages of Sativa or Indica. If you have a 50/50 hybrid this is a perfectly balanced flower with equally calming and energizing qualities. Probably the most versatile flower because it works for day and nighttime.

“All Points of View”

Profiling those cannabinoids helps to determine which flower is the best fit for what you want. It may seem overwhelming when you start you journey to find the flower that works best for you in regard to effects and health benefits. Check back frequently to learn all things hemp. Also find a vendor who can give you direction and information as new hemp products and new hemp flowers surface. Dr. Strains CBD is one of those vendors that can give accurate and up-to-date information. 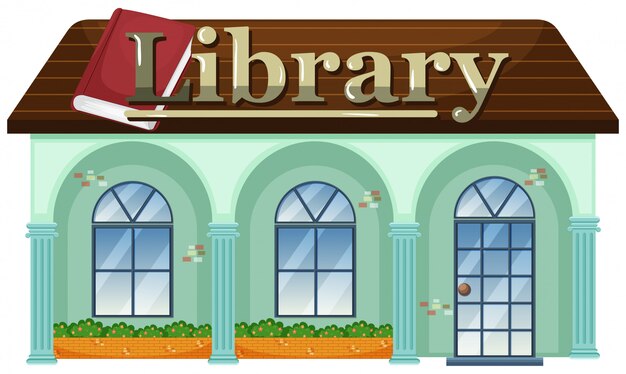