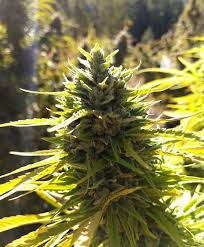 Early Resin Berry hemp strain is one of the CBD Hemp Cultivar varieties which have been specially bred to comply with legal requirements for Industrial Hemp while still producing high levels of CBD (Cannabidiol). The reason this strain or the cultivars are so important is that it can be used to produce hemp oil, CBD distillate or CBD Isolate.

Industrial hemp is often bred particularly for seed \’\’and fibre but it does contain CBD, as well. Now the new high CBD hemp genetics are bred to produce large harvests of, you guessed it, high CBD flower for creating high CBD content hybrids.  These high CBD strains may also be referred to as medical grade rather than a breed for seed \’\’and fiber. Most cannabis strains are high in THC but not all.

These CBD hemp cultivars require more monitoring \’\’and care so that the conditions are just right, for what they are bred. They must be planted at a particular time of year \’\’and harvested early. The early harvest prevents THC levels to exceed 0.3%.

Hemp \’\’and industrial hemp are used interchangeably so the differences are small. Hemp is a cannabis sativa plant with only trace amounts of THC.

The origins of Early Resin Berry seem to be somewhat unknown. The genetics \’\’and the original breeder are sketchy but it is similar to OG Kush. There is, however, a lot of information about OG Kush but not much for Early Resin Berry. There is one piece of information that is absolutely certain. Early Resin Berry, has been \’\’and currently is crucial in the development of, not only loved CBD strains but very effect ones on the market today. 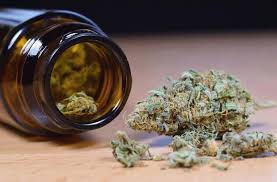 The Early Resin Berry strain is also one of the cultivar strains. That influences how it is grown \’\’and bred. It also distinguishes itself from other strains in the CBD content \’\’and the extremely low THC content.

The “Berry” nice things about Early Resin Berry are the taste \’\’and the lovely effects.  The CBD \’\’and THC content ratio averages around 20:1.  Early Resin Berry provides a nice smoke satiation after a few drags. Have a revolving stomach? It can melt that away with a short smoke \’\’and backs it up with a unique mental euphoric \’\’and a refreshing nap.

Large buds; shiny bright coating of trichomes \’\’and nugs that make your fingers stick together. Yes, just what drives you to grab the nugs out of the jar \’\’and grind up in one “berry” small minute. Bright 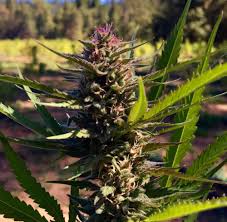 light green buds touched with purple on the tips makes them delicious \’\’and aromatic.  The fiery red pistils are the final touch of royalty to put this hemp buds flower at the top of the pile.

Some cultivars are labelled as “early series” options. The early series varieties share a reversed pollen donor called ERB or Early Resin Berry. This is not a new kid on the block but one which has been under breeding development for a few years. There are four specific breeding traits:

The color ranges in the purples \’\’and purple-bright green which could be a bit nominal however, when it comes to taste – that’s a different berry in the bush game.

The flavor is berry-berry any way you taste it. Or you can mix in some berry gum flavor to tonic up the taste buds. With the strong berry icon here, let’s throw in some citrus as well. This mixture leaves the tasting powers that be, wanting more.  This is in the top five of favorite smells \’\’and tastes in the hemp community.

Read our Blog for more information