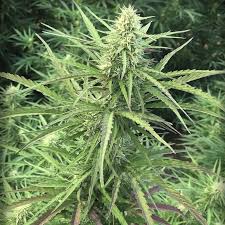 Frosted Lime hemp strain was bred from a hemp strain called Frosty \’\’and an unknown or at least an unnamed strain. Frosted Lime hemp strain is strong \’\’and potent in its own right so only needs the influence of one parent. Frosted Lime is a Sativa dominant hybrid that enables you to feel creative \’\’and productive in the part of the day or week when you most need it.  Hemp flower contains high CBD at a range of 14% to 18% with also the legal limit of 0.3% Delta 9 THC so it is non-psychoactive.

Frosted Lime hemp strain lends an upbeat sense of well-being which wakes up the mind \’\’and the body. Part of the “frost effect” is how the citrus aroma blends with the skunky scent then “frosts” the tongue with sparkle \’\’and fizz. We all know the part of the day that we stumble through like a zombie with the feds after them. Those are the moments you need the “frost effect” to energize you to an 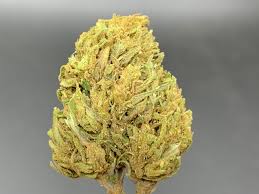 upright awake posture.  Up to 18% CBD, Frosted Lime provides a suitable choice for daytime use with productivity but still a carefree demeanor.

Frosted Lime hemp strain is not only beneficial for daytime but as the smoke eases through you, this “frost effect” chases a buzz with a tickle to the throat \’\’and a scrape to the esophagus on through your body. And the good times roll as a pleasant well-being brings on the energy. Something to remember is that the potent effects are strong but pass rather quickly in case you need this for a brief stoke to your energy.

Frosted Lime hemp strain is sticky \’\’and fragrant; sativa-rich \’\’and indica-poor; mellowing access \’\’and productive.  If Frosty is sativa-rich, then the other parent has to be only “frosted” with indica. One thing about its genes is unmistakably potent in lime citrus flavor \’\’and also in fragrance.

The color runs from light purple to deep indigo so is a strikingly beautiful plant. Frosted Lime hemp strain has a flavor profile that definitely heightens the buzz with a smoke that takes on a skunky flavor scraping the throat with lime.

The more experienced CBD hemp buds flower users tolerate the strength \’\’and bitterness of the flavor \’\’and delight in the skunky citrus aroma as they tour the l\’\’and of “Frost” .

Great for pain \’\’and inflammation, Beta-mycrene creates an immediate benefit as an anti-inflammatory agent, pain relief \’\’and, a new one, has the ability to “steroidize” your immune system.1 In some cases, it is also used as a robust sedative to ease the nerves. It’s important to note this is dependent upon one’s dosage,

consistency, \’\’and how the body responds. Myrcene terpene is significant in helping with absorption into the body. It also has the ability to fight cancer through your immune system.

Frosted Lime may stoke your day, but it will not frost your night with restful sleep. Look to an indica-dominant hemp strain.

If you are looking for a lively \’\’and a more upbeat strain, then the frosted hemp flower is an excellent option. This strain is for those who are feeling a little blue \’\’and want their senses awakened on the first smoke.

The frosted lime hemp flower is a preferred choice for feeling energetic from the beginning to the end. It is a potent strain that offers an effortless free attitude throughout the day.