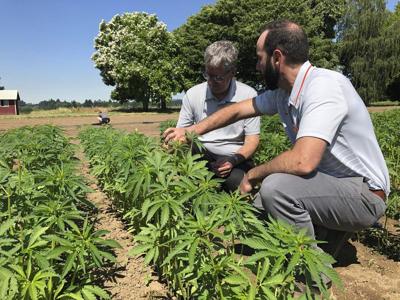 In late March 2018, Senate Majority Leader Mitch McConnell announced he would introduce legislation legalizing hemp shop production in his state, Kentucky, and nationally, McConnell introduced the bill, S.2667, on the Senate floor on April 12, 2018, co-sponsored by Oregon senators Ron Wyden and Jeff Merkley. McConnell announced that Representative James Comer of Kentucky would introduce a companion bill in the House of Representatives.[6] The companion bill, H.R. 5485, was introduced on April 12, with Colorado Representative Jared Polis co-sponsoring.

In addition to removing low-THC cannabis from regulation under the Controlled Substances Act, the 2018 act would avail hemp shop farmers of water rights and federal agricultural grants, and make the national banking system (in a gray area for the cannabis industry[a]) accessible to farmers and others involved; and allow for other benefits of production of a recognized crop such as marketing, agronomy research, and crop insurance.