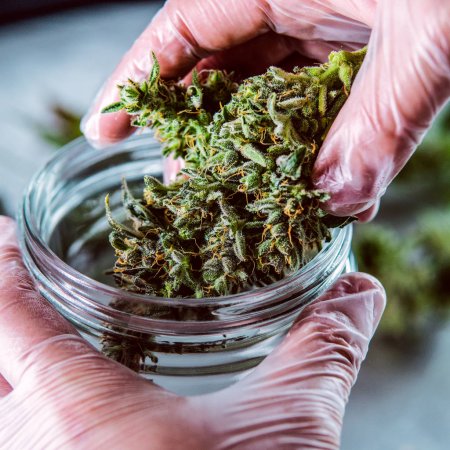 The Difference You Must Know — Hemp Flower Mystery of CBG

Cannabinoids, also called phytocannabinoids, are natural compounds in the cannabis hemp plant. There are approximately 100 different cannabinoids but there are some that hold a brighter torch than others. The hemp flower mystery of CBG may not hold as many health benefits as CBD or THC but nonetheless it holds a high second and is worth a conversation.  CBG is not found in large quantities in most hemp flower strains but some are infusing CBG into another hemp flower with high CBD so it is like a double header.

The Beginnings of CBG

CBG is usually less than 1% in most cannabis strains so it is considered a minor cannabis strain.  However, it is major because of its influence in these three other lines of THCA, CBCA and CBDA

Hemp Flower Mystery of CBG – What is it?

There is a lot of hype around cannabinoids in general and with the advancement in research technology, the hype extends to extraction and isolation possibilities. CBG is another one of the non-psychoactive cannabinoids and it is found in a higher percentage in the hemp flower strains which are low-THC and high CBD. As we have discussed in other blog posts about the endocannabinoid system, the cannabinoids interacts with the receptors of the endocannabinoid system. THC and CBG interacts with the cannabinoid receptors in the brain, but the difference is that CBG acts as an agent to dilute the psychoactive of THC. It works to alleviate the paranoia that comes with higher levels of THC.

There is no hemp flower mystery of CBG when it comes to the medical benefits. One of the most important aspects of CBG is that it fights inflammation. Inflammation is the precursor to so many medical issues in our bodies with one being arthritis. So, when inflammation can be curtailed in the body other dysfunctions are less likely to gain a foothold.  Pain, nausea along with its characteristic slowing of the proliferation of cancer cells are all significant health benefits as well as inflammatory bowel disease Crohn’s disease.  Recent research also reveals that another hemp flower mystery of CBG is that it significantly reduces intraocular eye pressure which is a byproduct of glaucoma. The Endocannabinoid System receptors are prevalent in eye structures.  CBG acts as a

And the Hemp Flower Mystery of CBG Continues

There are other hemp flower mysteries of CBG which we are listing below. CBG

CBG is a relatively new spotlighted cannabinoid in the hemp flower. It is predicted to provided competent competition to the health benefits of CBD.  Presently CBG has more suspected potential than it has proven effectiveness. But the testimonies are beginning to stack up from users who are realizing benefits beyond CBD.  CBG-must be infused into the Special Sauce because the hemp plant has to be harvested before maturation to preserve the CBG content. CBG infused products such as the CBG Infused Special Sauce provide those extra health benefits.

Crawford CBG has over 14.6% CBG. There is a substantial medical appeal and the consumer demand is growing as more and more benefit are making a splash. “The Rolls Royce of Cannabinoids” is the tag line of CBG because it is notoriously expensive.. Compared tot the CBD content in the hemp plant, normally the CBG content is small. Some hemp strains produce 20% CBD but that same plant very likely has only 1% CBG. Because of this, the hemp cultivars must grow 20 times more to get the same amount of CBG.