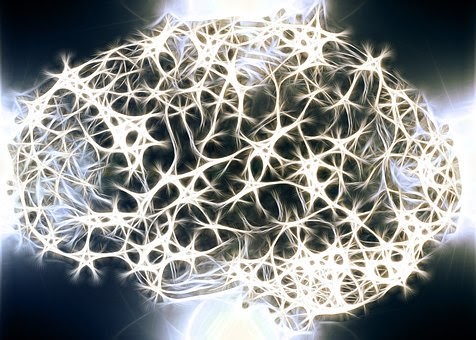 The Endocannabinoid System: A Simple Guide

However, it exists—and it’s kind of a big deal. If you’re still in the dark about the Endocannabinoid System or confused by it, consider this your simple guide.

What is the Endocannabinoid System?

The Endocannabinoid System (ECS) is an essential biological system within the body. Scientists have only recently discovered the ECS around the late 80s and early 90s. The discovery was made while simultaneously studying the famous cannabinoid THC and how it interacts with the body.

There is much more to be learned about the ECS, but here’s what we know so far—

The ECS is comprised of endocannabinoids, receptors, and enzymes, all of which come together to create a complex cell-signaling system. It’s responsible for maintaining homeostasis throughout the entire body by regulating all biological functions. Those functions would include the immune system, the endocrine system, sleep activity, mood, appetite, memory, reproduction and fertility, pain, and other sensations.

The ECS is a complicated system that most likely has other potential functions. Because its primary purpose is to keep the body’s environment stabilized, medical experts, theorize that most chronic illnesses are attributed to Clinical Endocannabinoid Deficiency (CED). The theory posits that an endocannabinoid deficiency works in the same manner as a neurotransmitter deficiency in other conditions. For example, a deficiency in serotonin results in depression.

The theory that CED is the culprit of most chronic illnesses backs up the use of cannabinoids such as CBD as a method of treatment. To understand the theory’s potential, you’d first have to understand how the ECS works.

How Does the Endocannabinoid System Work?

The goal of the ECS is to maintain homeostasis within the body on a molecular level. This level, in particular, is often referred to as the “Goldilocks zone,” being that it’s just right. According to a 2018 research article published in the Journal of Young Investigators (JYI), the Goldilocks zone “is achieved through a negative feedback loop which works by the activation of a postsynaptic neuron synthesizing and releasing the endocannabinoids as they target various cannabinoid (CB) receptors.”

In other words, when there is a biological system in flux, signals are sent out to the ECS. In return, the ECS sends out the body’s natural cannabinoids to regulate said system.

Endogenous cannabinoids, or endocannabinoids for short, are your body’s natural cannabinoids. They’re recognized as lipid-based retrograde neurotransmitters, and they bind to the cannabinoid receptors to activate them. The ECS produces them in response to specific molecular stimuli—like pain.

So far, the most recognized endocannabinoids are anandamide and 2-Arachidonoylglycerol (2AG).

Metabolic enzymes are the third piece of the ECS puzzle. They’re responsible for breaking down the endocannabinoids once they’ve served their purpose. The two major enzymes are the FAAH and MAGL, which break down the anandamide and 2AG, respectively.

We Were Made For Cannabis

If there’s one thing we can be sure of despite not knowing much about the Endocannabinoid System, our bodies were made for cannabis. Cannabis can provide us with the necessary cannabinoids that support the ECS when there is a deficiency or when our bodies need a boost.

For more on how the ECS works with cannabinoids such as THC and CBD, check out our blog. To purchase premium organic hemp products, check out our shop, or reach out to us with any questions