Cannabis—marijuana, Mary Jane, weed, bud, hemp—is a very famous plant. Today, it’s much more famous for its pharmacological health benefits. Not the mass hysteria that surrounded the plant throughout the last 70 years.

One reason for the change of heart has to do with the recently popularized cannabinoid known as cannabidiol—CBD for short. CBD, which essentially comes from the same plant as THC, is becoming more of a household name since it was first presented to the public. Following its debut came a lot of confusion, with the main question being what’s the difference between CBD and THC?

There’s a lot to be explained between their chemical makeup to their physiological effects. Here’s the long and short of it:

The Difference Between CBD and THC

THC and CBD are both naturally occurring chemical compounds found within the cannabis sativa plant. Also referred to as phytocannabinoids, or just cannabinoids, the two critical compounds have therapeutic and analgesic properties, which make them a popular alternative to traditional pharmaceuticals.

THC is much more well known for its euphoric high as well as its rough history of criminalization. CBD, on the other hand, is not as well known to the general public, even with its recent explosion onto the health and wellness market. Despite its benefits and potential to treat severe conditions, CBD still has quite a stigma attached to it, as does cannabis in general.

The two cannabinoids may come from the same plant species, but they have some significant differences.

A Closer Look at Each Cannabinoid

There’s a lot of miss-information out there regarding CBD and THC. The best thing we can do is educate ourselves by taking a closer look at each cannabinoid and understanding how they work with our body’s endocannabinoid system (ECS).

THC—Tetrahydrocannabinol—is the psychoactive compound found primarily in the marijuana variety of the cannabis plant. It’s considered psychoactive because when smoked or ingested, THC produces its famous “high.”

THC works primarily by mimicking the effects of the body’s natural anandamide neurotransmitter. Anandamide is the body’s natural form of cannabis, which is why it’s often referred to as the “bliss molecule.” It’s responsible for regulating inflammation and neuron signaling, impacting all physiological mechanisms within the body. That includes appetite, mood, pain management, and so on.

When released into the body, THC binds with our CB1 receptors. The CB1 receptors exist throughout the brain and central nervous system. This is what causes the compound’s psychoactive effects, which include altered senses and feelings of relaxation, happiness, and hunger.

CBD—Cannabidiol—is the non-psychoactive compound found primarily within the hemp variety of the cannabis plant. CBD does not produce a high effect like its THC counterpart. It does, however, provide relief from a range of medical issues including:

How does CBD help to manage medical conditions without altering your senses and cognitive function?

CBD binds with the body’s CB2 receptors, which exist within the immune system and peripheral organs. The CB2 receptors are also found in the brain, but they’re scarce. Once CBD is released into the body, it begins to regulate the body’s systems via the ECS, providing relief where needed.

There’s much more to know about the two cannabinoids. For now, you know the immediate answer to the burning question: what’s the difference between CBD and THC?

Dr. Strains CBD specializes in organic CBD hemp products and CBD buds. See what we have in stock in our online shop or give us a call. To stay up to date with the latest in CBD news and discussion, check back with our blog daily. 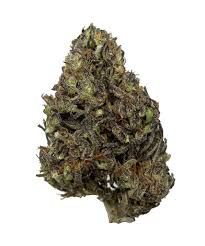 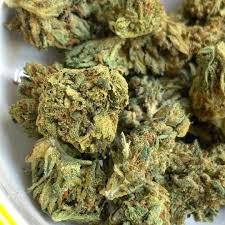